The Basics of Child Custody in Maryland 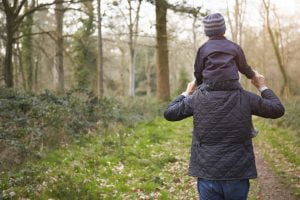 The family law attorneys at Rodier Family Law break down the legal differences between the various types of child custody in the state of Maryland.

Child custody cannot be defined simply as a parent’s legal right to a role in his or her child’s life.  Parents who are awarded legal custody have the right to a say in important decisions such as their child’s schooling, what religion will be practiced in the home, how they will be punished for misbehavior, and their medical care. Different forms of custody are outlined by Maryland law, each defining varying levels of parental rights and responsibilities.

Judges are required to make custody decisions according to what they determine to be a child’s ‘best interest.’ In many states, there is a predetermined list of factors that the court must consider in making such a decision. This is not the case, however, in the state of Maryland. Instead, judges are required to reach a fair conclusion based upon all of the available evidence.

Before a court becomes involved, both parents have equal joint guardianship. Therefore, both are equally obligated during this time to support and care for their child. If joint legal custody is awarded, parents are given an equal right to determine the child’s care and well-being. Parents are frequently awarded joint legal custody if they have demonstrated that they can effectively communicate and work together. Physical custody is a parent’s right to be responsible for the daily physical care of a child. The parent to whom physical custody is awarded must provide housing for the child and is responsible for all custody-related matters during times when the child is under his or her care.

Joint physical custody awards equal physical custody to both parents. Often called shared custody, this arrangement is not always an even split between the parents’ homes. Parents usually work out a mutually agreed upon schedule that keeps their child’s life as intact as possible. Often, the child will live with each parent for a certain portion of the week or year, depending on what arrangement works best.

Sole Custody in the Event of Conflict

If conflict between parents seems inevitable, a judge may be more likely to award sole custody to one parent. Sole custody would ensure that during disputes, one parent will have the final say when difficult decisions must be made. Sole physical custody allows for regular visits with the other, non-residential parent. The time that a child spends with this parent are called visitation. Recently, the argument has been made that such visits should be called ‘parenting time.’ Some feel that this term better represents the non-residential parent’s role. Joint legal custody and joint physical custody are not one in the same. If parents share legal but not physical custody, both parents have equal right to make decisions for the welfare of their child, whether or not they are both physically present.

Awarding custody, no matter what the final decision, can have consequences for the entire family. Parents who have an active role in their child’s life may feel under-appreciated if sole custody is awarded to the other parent. Conversely, one parent may be unhappy with a joint legal custody decision if he or she has assumed the majority of the parenting responsibilities. Although the state of Maryland designates joint and sole custody as different legal parenting arrangements, ultimately it is more important that parents are able to communicate and make collaborative decisions concerning the welfare of their child.

The most important factor for a Maryland judge to consider in making a custody decision is ultimately a child’s best interests. The factors that the judge feels most accurately define the child’s best interests will additionally apply to court decisions on parent visitation schedule and physical custody arrangements.