In July of 2016, the Maryland Court of Appeals ruled to increase rights afforded to third party individuals that meet the criteria of “de facto” parents. The family law attorneys at Rodier Family Law examine the ruling and explain what the mandate means for Maryland families. 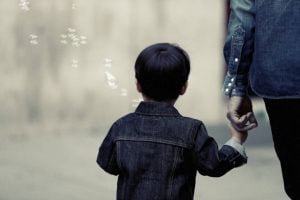 In July, the Maryland Court of Appeals ruled, in Conover v. Conover, that certain people, despite not being the biological or adoptive parents of a child, can seek custody or visitation of that child as “de facto” parents if they meet certain qualifications.

Maryland Courts had previously rejected the concept of “de facto” parenthood and consistently categorized all non-biological or non-adoptive parents, including grandparents, step-parents, domestic partners, non-blood related individuals who may have assisted in raising a child or children on a daily basis from birth, etc., as third parties. Any third party seeking custody of a child in the State of Maryland faced the same threshold; he or she was required to first provide evidence that allowed a Court to determine that the biological parent/s are unfit to care for the child or that other exceptional circumstances existed with regard to the third party’s relationship with the child, in order to be considered eligible to seek custody of the child.  Many people, unable to show unfitness or exceptional circumstances, failed to overcome the initial threshold and thus were unable to move forward with a request for custody or visitation.  The recent Court of Appeals ruling in Conover effectively changes Maryland Law, recognizes “de facto” parents, and allows them to request custody or visitation without a prior showing of parental unfitness or exceptional circumstances.

The case that brought about this ruling involved Brittany Conover, who had been artificially inseminated and gave birth to a son, Jaxon, in 2009. She and her partner Michelle were legally married out-of-state in 2010. The couple continued to raise their son together until their separation in 2011. Michelle never formally adopted Jaxon. After their separation, Michelle filed for access to Jaxon but was deemed a third party and was denied visitation.  She appealed that decision to the highest State Court and, in 2016, the Maryland Court of Appeals determined that Michelle, a “psychological parent” to Jaxon, is eligible (has standing) to request custody and visitation as a “de facto” parent, a significant change to Maryland Custodial Law.

According to the Maryland Court of Appeals, Michelle Conover, who has since undergone gender reassignment surgery and become Michael, met the following criteria, which would be applied to all individuals requesting that the Court consider them to be not just a third party, but a “de facto parent”:

The Court of Appeals found that Michael Conover satisfied the four-part test set forth above. They found that he was eligible as a “de facto” parent, and so by extension are others meeting that criteria in Maryland, to seek custody without need to first show unfitness on behalf of the biological or adoptive parent or exceptional circumstances as to his relationship with the child. This decision was modeled after similar rulings in state courts across the country.

Proponents feel that the ruling was overdue. Many felt that Maryland’s child custody laws were outdated, particularly after the Supreme Court decision that legalized same-sex marriage. Laws that were not updated in response to that decision no longer adequately or fairly served the needs of all Maryland families.

Opponents of the ruling, on the other hand, decried the court’s ruling on such an important matter without first allowing lawmakers to draft a plan addressing the question of same-sex and alternative parental rights. They have also expressed concerns that granting such rights to de facto parents may have consequences, such as the increased likelihood that an undeserving third party may attempt to gain parental rights in a future child custody case.

As part of the opinion, Maryland Court of Appeals Judge Sally D. Adkins stressed that this decision was not meant to ensure a specific outcome for the related custody hearings, which have yet to take place. The decision to grant Michael Conover parental rights simply provides him the opportunity (the standing) to ask that the Court grant him custody or visitation as a “de facto” parent.

It is also unknown how this ruling may be interpreted with regard to, or otherwise impact, other areas of the law, including Child In Need of Assistance actions and Trusts and Estates work.

Samantha P. Rodier, Esq., of Rodier Family Law, recently obtained a preliminary ruling in the Circuit Court for Harford County by which her client was determined to be the de facto mother of a minor child of her former boyfriend. This finding was one of the first of its kind for Harford County.

If you believe that you may qualify as a de facto parent, please contact Rodier Family Law to request an initial consultation with one of our experienced attorneys who can discuss your case and the options that may be available to you.